With over 1,000 new tech startups launched in India in 2017 alone, it’s clear that this is a country that is very friendly to entrepreneurs. But as India Today reports, funding for startups can in many ways be allocated inefficiently – and as a result it can sometimes be a struggle for these

Tips For Startups On Creating A Lookbook Lookbooks have stepped outside of fashion and are now being used by businesses from all sectors. Explaining how these image-led books can be beneficial for startup companies is offset litho printing company, Precision Printing. The essential contents Before you begin, start by planning

Congratulations! Your startup is on, running, and well on its way to landing on the Forbes Inc. 5000 list of fast growing companies. If this sounds like you, after giving yourself a well-deserved pat on the back it’s time to look to the future. Employ some proactive thinking and poise

5 Ideas to start your own business venture The effects of climate change and pollution are inevitable. That is why the United Nations and businesses around the world work toward sustainable development, which is a kind of growth that considers environmental implications to avoid the depletion of resources. Sustainable development

Traditional Marketing Methods for Your Start-up That Still Work

Whilst online digital methods are a popular way to promote your start-up you shouldn’t neglect to try out some traditional marketing methods too. The old ways can still be extremely successful in bringing in leads and potential sales to your business and really help you get off the ground. In 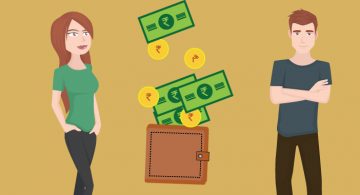 Financial planning is not as simple as it sounds. With a specific end goal to lead an upbeat and fruitful life, it is an absolute necessity for every young individual to deal with his or her funds wisely. Overseeing cash wisely doesn’t require any extraordinary abilities or preparation; it just

In 2016, established biotechnology centres across the world generated $139 billion US dollars – a phenomenal amount of money. So, it’s unsurprising that start-up biotechs want to tap into that by becoming successful companies turning over substantial profits. But, what does it take to do it? Or more specifically, what

The Y Generation also known as millennial is the future of all growing business. This generations also value family, community, and creativity in their work. Most of us have wrong impression that these generations are exploited by social networks and communities but they do play vital role in it. Millennials

#WordsThatNeverFade India’s Struggle for Independence was a long sought and hard fought one. Many laid down lives standing out against the oppressive British Raj. It was ever since1857, (in many cases, even pre-dating 1857)a hard, tough struggle for Indians until 15 August 1947, India got independence. A final victory then!

You’ll have heard an awful lot of success stories in your time: from the brilliant mind of a 22-year-old that sold his kick-starter creation – Oculus Rift – to Mark Zuckerberg for $2 billion, to the formidable force of two college dropouts, Steve Wozniak and Steve Jobs, who created Apple.