Bengaluru-based bitcoin startup, Unocoin, has recently secured about $1.5 million in funding.This is the largest funding ever secured by an Indian bitcoin startup. The startup is revolutionizing the online transactions by providing simple, secure and straightforward way of buying, selling and storing of bitcoins.

Startup-buzz recently had a talk with Abhinand Kaseti, Co-founder and CMO, about the future of bitcoin currency in India. Read on.

What factors influence the value of bitcoins?

The value of bitcoin is dependant upon supply and demand.  The unique thing about bitcoin is that the number of bitcoins is limited to 21 million.  So as more and more people learn about the benefits of an open source and decentralized digital currency and payment network, we believe that demand will increase and thus the price will increase.  However, it should be noted that bitcoin is quite volatile and nobody should invest more into bitcoin than they can afford to lose; say less than 1% of cashflow of networth is the maximum we would ever recommend.  Even though past performance does not guarantee future performance, the price of bitcoin has gone from $6/btc to $600/btc in the past 4 years, which is more than 100x returns.  We believe that bitcoin will be going up in value over the next few years and to fight volatility, we have invented the world’s first SIP for bitcoin, a Systematic Investment Plan which allows Unocoin users to buy bitcoin at a daily, weekly or monthly interval.

In 2013, RBI had expressed its reservations over the use of digital currencies. With your latest funding round, has that scenario changed?

In 2013, RBI expressed reservations about the public using Bitcoin due to volatility and security, but then later urged banks to explore the underlying technology further to achieve lower costs and higher speeds. The RBI governor recently said on national television that India is aiming to go towards a cashless society and that technology similar to bitcoin’sblockchain could be one of the alternatives in the future years to come.

There are reports that Jio’s entry in the mobile data market will benefit the bitcoin industry in India. What are your thought on this?

Since bitcoin is Internet money and a global currency, uninterrupted and good bandwidth Internet serves as an efficient infrastructure layer for the bitcoin ecosystem. Jio or any service provider with good bandwidth is beneficial for Bitcoin.

Unocoin has repeatedly stated that bitcoin has the potential to take market share from gold, substantially reduce the cost of remittance and potentially bank the unbanked. Could you shed some light on this?

Indians love gold and that can be ascertained from the fact that India consumes 800MT of gold, which accounts for about 20% of consumption globally. The domestic gold market is about USD 15 billion and most of the Indians look at gold from an investment perspective.One of the major problem with gold is that it is difficult to store and even more difficult to transfer.  Both of which are really important for a trading commodity. The gold like nature of bitcoin – divisible, fungible, unforgeable, global, limited- makes it attractive for digitally inclined individuals. It is certain that a huge number of individuals, who earlier preferred gold, are now looking into investing in bitcoin instead of gold.

In 2014, India revived an estimated USD 70 billion in remittance. The average remittance cost of sending USD 200 from USA to India is 3.06 percent, whereas the cost of sending any amount in bitcoin to anywhere in the world is less than 1%.  This is going to bring a huge change in the remittance market.The open and distributed network offered by bitcoin is easily accessible online.  With easier access to high speed internet and cheaper smart mobile devices, banking the unbanked is just a click away.

How is Unocoin using the blockchain technology for further advancements?

While we’re interested in blockchain technology in general, we are most excited about bitcoin and the use cases that can be built on top of that platform.  With respect to blockchain generally, we’re excited about peer-to-peer lending systems and enhancing energy grid systems.  We’re also partnering with companies like Factom to provide solutions for compliance, identity, transparent assets and securities.  We’re also taking a close look at companies like Ripple which enable cross border remittance.  But at our core, we are a bitcoin company and that is where 95%+ of our focus remain.

With bitcoins still a fairly new concept to the Indians, how is the market standing of Unocoin at present?

Unocoin is one of the first entrants into the bitcoin space in India and we see a lot of potential in India’s bitcoin adoption. Indians, although they are often a bit late when it comes to adopting new innovations, once they do learn about something revolutionary, there’s no stopping them. As of now, we have about 100,000 customers and 1,200 merchants on board. With our iOS and android app hitting the market, we expect the figure to grow exponentially. We are on a mission to make money simple by bringing bitcoin to billions.

How do you plan on reaching out to a larger audience and how will you educate them?

Although we’ve done a good job thus far, capturing the entire Indian market is going to be one of the major challenges ahead.  We see our mobile app as one way of reaching out to a larger audience and we are on our way to building a world class digital marketing team. In terms of education, in the past, we have done seminars at colleges, partnered with huge MNCs like IBM and Societe Generale in conducting meetups and sponsored corporate and college events. We will continue putting our efforts into both the online and offline bitcoin ecosystem and we’ll keep improving the ways in which we communicate to the masses.

Now that you have secured the funding of $1.5 million, how do you plan on using it ?

Our major focus is going to be on security, scaling and expansion. A good portion of the funds will be used to build new features and services on top of bitcoin. We are more focused on building an ecosystem around bitcoin. We believe that it holds great promise and we look forward to helping build a robust the ecosystem in India.

Facebook Messenger App Will Now Help You To Strike Conversation 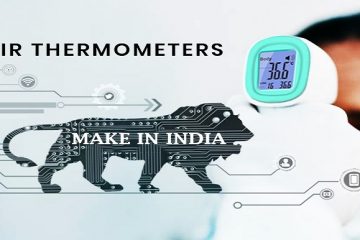