All of us know that paper is made out of trees. But do you know how many papers a tree can produce? One tree makes 16.67 reams of copy paper, or 8,333.3 sheets. Also, three gallons of water are required to make single sheet of paper.

Paper is everyone’s necessity, be it school-going student or an office-going adult. So for manufacturing paper, imagine the demand for it, number of trees being cut, and the amount of water being consumed!

To end concerns over deforestation & water shortage in paper manufacturing process, a startup from Japan comes with an invention. Japanese entrepreneur, Nobuyoshi Yamasaki leads the startup.

His venture, TBM Co. makes paper out of limestone, a rock it proclaims as “almost inexhaustible.” They say that 100 tons of water is required to make ton of regular paper, while its Limex paper is made without water. Instead of 20 trees, it uses less than a ton of limestone, as well as 200 kilograms of polyolefin. Hence, Water and trees’ both are saved with Yamasaki’s invention, TBM. It’s time to know where he got the idea from.

Yamasaki got inspiration from European Architecture, during one of his vacations, because it stood for hundreds of years. So, he started looking out for projects that would similarly enable him to leave behind a legacy. In 2008, he came across paper made from stone in Taiwan. He then decided to create his own take on the technology.

TBM gets most of its revenue from business cards. They have a slick face as if laminated, and they’re much harder to tear or bend than normal paper cards. The paper which TBM produces is so durable and moisture-resistant that it can be written on underwater too.

Also it was reported, their commercial production started in June 2016 at a plant in Miyagi, one of the regions devastated by Japan’s 2011 earthquake. The founder says, “It’s been nothing but hardship”. Their first plant opened in February 2015, but they didn’t even have business cards to sell until last June. Through that time they were paying for raw materials, electricity, salaries. But when they first rolled out a business card where the ink didn’t run when touched, everyone was amazed.

Witnessing richness in paper’s quality, more than 400 sushi restaurants across Japan run by Sushiro Global Holdings Ltd. signed deal with TBM to make menu cards for them. TBM also raised additional 1 billion yen ($9.1 million) recently from an existing backer. And they aim to list their shares by 2020.

TBM has staff of 80 employees at present, targeting 1 billion yen in sales this year. And their next step is a Japan plant with an annual 30,000-ton capacity by 2020. Yamasaki aims to transform TBM into enterprise generating 1 trillion yen in revenue through the mid-2030s. For this, they’ve planned to sell or operate hundred or more TBM plants worldwide in limestone-rich, water-poor regions such as Morocco and California. But the road ahead is long.

Paper out of Stone, Not Trees; weren’t you excited? Please mention your opinions in the comments section below: 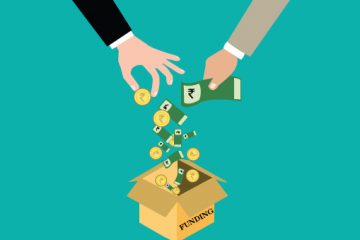