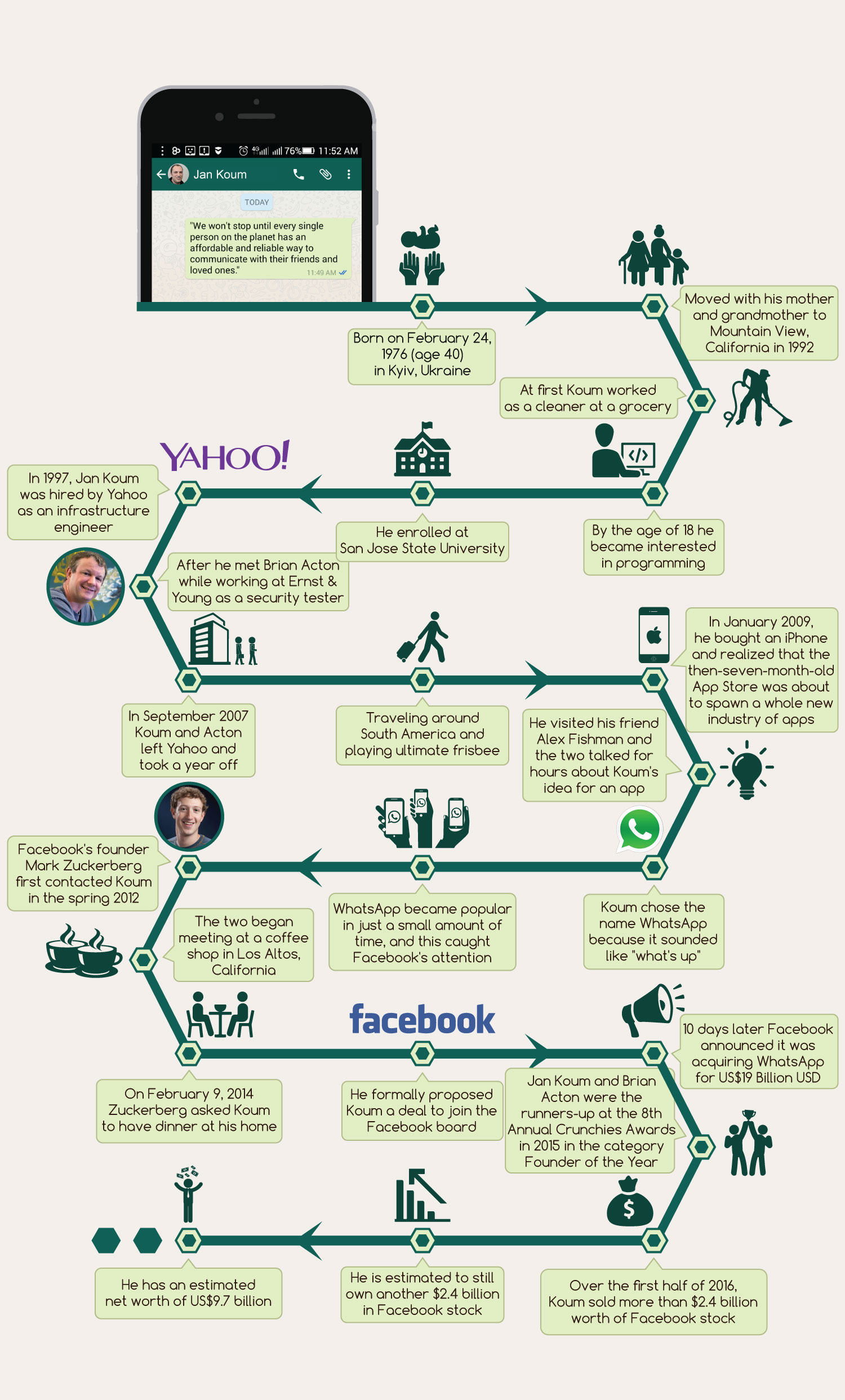 Jan Koum is a Ukrainian- American internet creator and programmer. He is CEO and co-founder of Whatsapp, one of the world’s wide using internet messaging app. It was acquired by Facebook Inc. in the February 2014 for US $ 19 billion. He was born on February 24, 1976 in Kyiv, Ukraine and later moved to Mountain View, California in 1992. At a very small age he became interested in programming and got enrolled at San Jose State University and later started working at Ernst & Young as security tester and while working there he met Brain Acton

In the year 1997, he started working with Yahoo as an infrastructure engineer and later in September 2007 both he and Acton left the company and took the year off and spent time traveling South America and playing ultimate Frisbee. In January 2009, he bought an iPhone and he soon recognized that app store will flood with new industry apps.

He then started working to create a messaging app with his friend Alex Fishman and Koum chose WhatsApp because it sounded like “what’s up” and the app became much popular in a short period of time. In February 9,2014 Facebook CEO, Mark Zuckerberg proposed deal with Koum to join Facebook board and 10 days later WhatsApp was acquired by Facebook for US $19 billion. Koum is estimated to own about $2.4 billion Facebook stock and net worth of US $ 9.7 billion.

Panasonic Develops Device for Data Transmission over a Human Touch 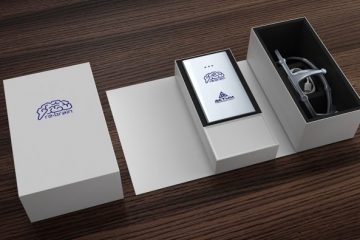 Re:Brain Your Life with This Mind-Bending Project, ACTUM Technology Launches on Kickstarter