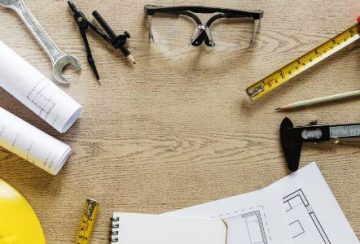 If there’s a single industry where the rate of implementation of technological innovation has historically been glacial, it’s the building and construction industry. With a collective sum of $10 trillion at stake, the major players in this industry are known for foregoing risks and sticking to doing what works. But

Chatbots to become Standard of Service If you ever visited a bank branch in 2000s, you would have surely been familiar with the plethora of standing queues for deposit, withdrawal, pass book entry etc. Going to a branch back then would mean taking a leave from office which tells how

How MOOC Are Competing with Traditional College Degree Courses What are MOOCs? Massive Open Online Courses (MOOCs) are increasing day by day from various renowned universities like Harvard, MIT etc and even IIT. What makes MOOCs better than traditional college courses? What creates the need for it? Technology is bringing

India, as of now has more than 1000 startups from different sectors like advanced technology, health tech, fintech, edtech, e-commerce etc. reports Nasscom. There is significant growth of 75 percent and 40 percent in the Artificial Intelligence and Analytics field. More than 1000 startups have been registered in the year

Climate Change, by the term itself, it explains what it does mean. Climate Change is nothing but the change that occurs in the weather. The weather changes due to various reasons. When it changes we call it as a Climate Change. Earth’s climate has always been changing. But what is

Have you seen the recent Samsung mobile ad? Iris Scanner sounds interesting and futuristic. Well that’s what future is about, biometrics, Artificial Intelligence and what not. Biometrics is used for the identification of physical and behavioural characteristics of an individual. This technology used for measuring the unique physical behaviour and

Has online advertising become a pain for you? Well here’s the solution! Artificial Intelligence (AI) and Machine Learning (ML) are the two key buzz words these days in the Startup World. And why not, it’s optimizing our efficiency in everything we do. So, how can be the Ad Tech left behind. Ad

Leading Indians ChatBot Startups You Must Know About

Chatbots – The computer programs that make daily and complicated tasks easy are all set to become commonplace and popular. Chatbots are a combination of artificial intelligence and language processing technology. They provide automated responses, which however seem human and personal to the user. They allow the user to do