How MOOC Are Competing with Traditional College Degree Courses What are MOOCs? Massive Open Online Courses (MOOCs) are increasing day by day from various renowned universities like Harvard, MIT etc and even IIT. What makes MOOCs better than traditional college courses? What creates the need for it? Technology is bringing 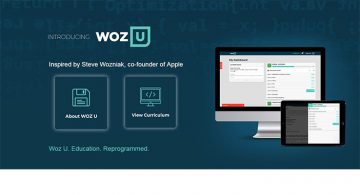 Steve Wozniak, the co-founder of Apple, the key revolutionary tech company who distorted the world by being beside Steve Jobs, has now launched Woz U. It’s an online tech education platform. It would be world-class digital institute for filling up employment gap for high-paying tech jobs in United States of

Machine learning made easy ! What is IBM trying to do now? IBM’s annual Inter Connect conference which is happening in Las Vegas from March 19-23, as a part of the conference IBM has announced a machine learning course in collaboration with Galvanize, a workspace and education provider. The motto

How AI Is Transforming the Traditional HR Process

From A Traditional Approach To A Modern Solution A traditional HR approach would have been to invest hundreds of minutes interviewing scores of applicants for a post. With increasing competition and population, it sure was becoming a tedious exercise akin to finding a needle in a haystack. Enter AI into

Again Apple Makes into the news! Apple Not Reveling Secrets Behind Acquisition of Smaller Technology Companies Recently, Apple acquired US-based startup, Turi for $ 200 million. Turi is a machine learning platform for data scientists and developers. Apple has also acquired some other companies from machine learning space like Perception,