Are women, good digital marketers? The answer is, yes.

As you see, women are working shoulder to shoulder with men. No wonder, the digital marketing sector has some of those mavericks transforming the world with their digital sense.

Here are some of those influential women digital marketers across the globe:-

Also known as Miss Malini because of her popular Blog missmalini.com, she is widely regarded as India’s first and most famous celebrity blogger.

During her initial years, she worked as a radio jockey for Radio One. Then she worked with Channel V as the Head of Digital Content.
Later, in 2008, she started her blogging career with Miss Malini.com; which is a Bollywood, fashion &lifestyle blog. Through her content marketing skills, this blog turned out to be a popular one with increasing number of organic readership and social media followers.
Moreover, Malini is regularly featured in leading fashion and lifestyle publications, including Elle, Cosmopolitan, India Today, Vogue India, Harper’s Bazaar, Grazia, Femina (India), and Glamrs.com among others.

This sums up her work experience in the digital space, as mentioned in her official LinkedIn profile.

So, what describes, Melanie?

Interestingly, this marketer from Boston is the founder of Young Women in Digital, which is a group of 1,500+ influential women in Boston working together to leverage digital marketing for businesses.

Social Entrepreneur and Co-Founder of UK-based digital marketing institute: Digital Mums since 2013, Kathryn has 4 years of rich experience in digital communications. She was previously working with The Tavistock and Portman NHS Foundation Trust (Communications Manager) and was also leading the team as the Head of Digital Communications for an NPO management firm; The Innovation Unit Limited.

What is their company Digital Mums all about?

Your quest for becoming a digital Mum ends here!

UK-based Digital Mums is a professional training & coachinginstitute for digital marketing founded in 2013. They turn mothers into the best social media managers on the market and match them to those businesses thatgenuinely require their help. This is helpful to housewives as well as women during their maternity leave. They charge around £2,000 fees for the entire training program.

However, the company states that they have now designed a newer course for less skilled mums which issupposed to be much cheaper. Additionally, it was reported that Digital Mums dedicates 10% of its profits to bursaries. This money is locked in to support low-income mothers who can’t afford to pay. Isn’t this really interesting?

Reportedly, if actual figures are to be mentioned, 300 mums have graduated with Digital Mums (having 200 still in training) and 85% of those have found work that they attribute to the course.

UK-based Natasha has a vast experience in digital marketing.

At the same time, her proficiency in marketing and communications comes from her rich experience as PR intern for Taronga Conservation Society Australia and account manager for a small marketing agency in Sydney, inqbase. Likewise, Natasha also possesses a degree in Public Relations and Organizational Communication from Charles Sturt University and Humboldt State University.

Works at the City Hall, London being the key person driving its social media transformation, Natasha is the Senior Digital Marketing Officer at Greater London Authority since 2013.

As The Mayor of London and London Assembly use social media to engage with Londoners and communicate on the work of City Hall. So her responsibilities included social media, email marketing strategy and best practice across City Hall, advocating innovation, providing digital support for campaigns, managing City Hall’s social media channels, email marketing communications and the City Hall Blog. Therefore in London, Social media channels provided the opportunity for public to talk to their local government in a direct and meaningful way and for the public to find out what the GLA was doing in areas of interest to them.

These were some Great achievements by Natasha!

As seen above, these women mavericks are digitally bringing a change. Some marketers are sharing their digital sense by coaching others, some are using it for the growth of the companies they work, and some are taking digital marketing to make them known to the mass, while some are providing employment to the unemployed by letting them know such skills and help them get a job.

On the whole, women marketers are driving the digital marketing space on their own terms.

Do you agree with me? Please share your thoughts and opinions in the comments section below:

Passion for writing and interest in the startup space brings Joel to Startup-buzz. He identifies himself as a reader, writer, and a dreamer. At Startup-Buzz, he aims to explore the startup ecosystem to the core. 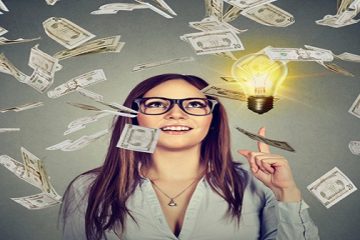 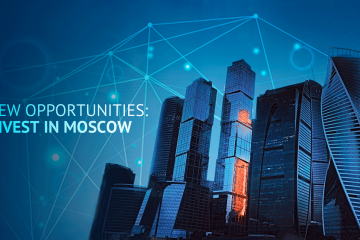